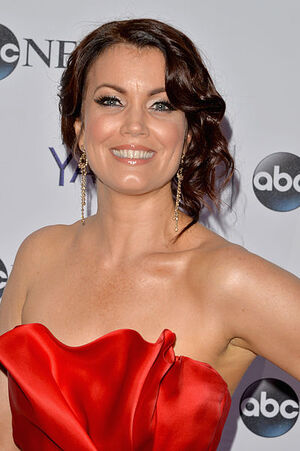 Bellamy Young is an American actress who will play Karen Pappas in Whiskey Cavalier.

She is most we known for the role of Mellie Grant in ABC's Scnadal, for which she won Critics' Choice Television Award for Best Supporting Actress in a Drama Series.