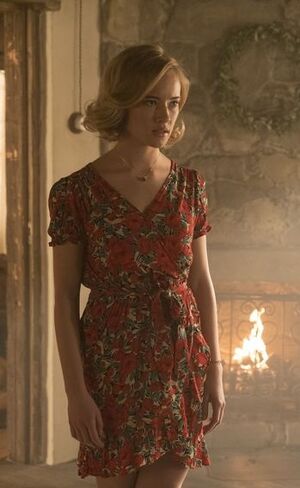 Gigi Debrosse is a character set to appear in ABC's Whiskey Cavalier. She is Will Chase's ex-fiancée, who broke up with him before the events of the show.

At some time, prior to the events of Whiskey Cavalier, Gigi got into a relationship with Will, however, due to unknown circumstances, the pair broke up.

Will was Gigi's boyfriend, but the pair broke up, before the events of the show.

Ray and Gigi have been seeing each other for 7 Months.

"Here's a thing this character said!"

Did you know that this character...