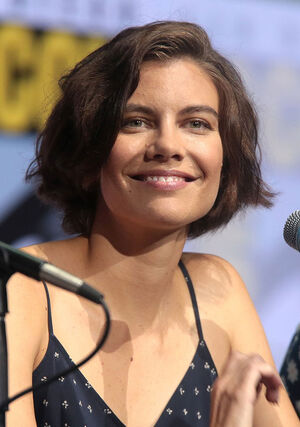 Lauren Cohan is an English-American actress who is set to portray Francesca Trowbridge in ABC's Whiskey Cavalier.

Lauren was born on January 7th, 1982 in Philadelphia, Pennsylvania, but grew up in Cherry Hill Township, New Jersey. While still in her childhood, she moved to the United Kingdom. She graduated from the University of Winchester/King Alfred's College, where she studied drama and English literature before touring with the University's theater company that she co-founded. Lauren then had to split her time between working in London and Los Angeles, working on films as well as non-commercial projects.

She is also known for her role as Bela Talbot in Supernatural and Rose in The Vampire Diaries. She appeared in six episodes of Supernatural's third season. She was written out of the show since her character was not popular, even though the show tried to keep her on. She also portrayed Vivian Volkoff in Chuck. In 2016, she appeared as the main character Greta in the horror film The Boy.

Other appearances include Modern Family, CSI: NY, Cold Case, Life, The Bold and the Beautiful, and Heavenly. Eventually, she was cast as Maggie Greene (later Rhee) in the second season of The Walking Dead. By the third season, she became a main character. Other films include Reach Me and Batman V Superman: Dawn of Justice. In 2018, she also starred in the action film Mile 22 opposite Mark Wahlberg.