Will Chase
Edit This Page 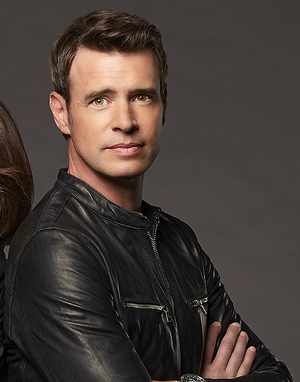 Will Chase, also referred to by his codename Whiskey Cavalier, is a main character set to appear in ABC's Whiskey Cavalier. He is an FBI agent, who, "following an emotional break-up, is assigned to work with CIA operative Francesca “Frankie” Trowbridge. Together, they lead an inter-agency team of spies who periodically save the world (and each other) while navigating the rocky roads of friendship, romance and office politics."

At some time, prior to the events of Whiskey Cavalier, Will got into a relationship with, and eventually engaged to, Gigi Debrosse, however, due to unknown circumstances, the pair broke up.

Will is described as a "tough but tender FBI super-agent."

Gigi was Will's fiancée, but the pair broke up, before the events of the show.

Francesca is a CIA operative, who works with Will, leading an inter-agency team of spies together.

Susan and Will work together for the FBI. She joins his and Francesca's team of spies.

Edgar starts out as Will's target, but later joins his and Francesca's team of spies.

Jai is part of Will's and Francesca's team of spies.

" I believe in love. I know that I'm a better person and a better agent because of it." ― Will describing his thoughts about love to  Francesca.